Mandar College is a constituent unit of Ranchi University, Ranchi, Jharkhand, situated on Ranchi – Daltonganj route at the distance of 32 Km from Ranchi. It was established by Socially activists in the leadership of one KapilNathSahu in the year 1972. It was the period where there was no college between Ranchi and Lohardaga. Although some high school did exist those days, poor students, in most of the cases were forced to stop their educational journey of higher education, and passing matriculation or higher secondary exams. In a way, there was complete darkness so far as the higher education was concerned. But fortunately, some intellectuals felt the need of a center of higher education, and thus the college came into existence. Obviously, it was a herculean task to run a college in a tribal based area but gradually it succeeded in getting the goodwill and support of the people as well as the state government. Presently there are 5500 students enrolled. Even if the college doesn’t have infrastructure up to mark, the teachers, who are well qualified, do their best for the students to make their results better than before. As majority of the students belong to ST and SC community, teachers have to work hard in their field. Not only this the ratio of the boys and girls is around 50-50. 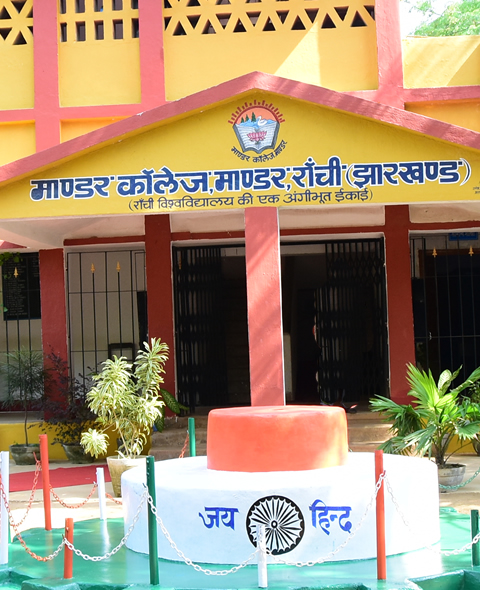 The great mission is capacity building among such students so that they could be employable in the various organizations of the country and abroad. Increasing their utility for people and society.

To make higher education accessible to all in general and downtrodden, poor, ST/SC, OBC, Minority and deprived students of the Society.
Equipping students to help the state and the nation, in meeting the challenges of environmental pollution, deforestation, AIDS, population explosion, etc. Seminar, Symposia, Awareness drives are usually taken up under the banner of NSS.